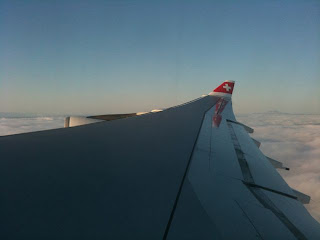 I'd say it's time for an update! It sure has been a busy past month. Now that I'm in settled in one place and can take a deep breath and look back on things, I'm amazed just how much I was able to pack in there (but, not without consequence... more on that in a bit!).

I flew home after Sydney WCS and spent the first week recovering from the race and travel, rehabbing my ankle and spending the much needed quality-time with Adam and my family. Six months was by-far my longest period of time away from home so it was a bit overwhelming in terms of catching up on "life."

But the weeks at home flew by and I was able to put in really solid training block, even able to celebrate a few milestones along the way:

My sister, Amanda was bit by the running bug a couple years ago after being a self-proclaimed "gym rat" for most of her adult life. I was thrilled when she decided to get off the treadmill/elliptical and join a running club about a year ago. And she didn't start with a learn-to-run clinic, but found herself a competitive club with a great coach that she's able to meet up with at Stanley Park a couple of days after work. She's now running intervals, learning paces and testing the waters of the competitive running scene. One of her first races was the Vancouver Sun Run, back in April and my gosh, she was rolling! She paced it perfectly, ran a huge PB and even had energy for some mid-race dancing. 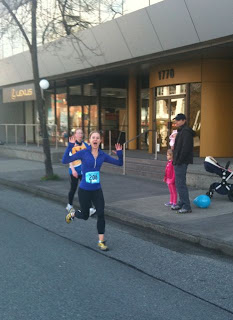 Adam also has some serious reason to dance.... he seems to be on a roll at the moment! Shortly after I got home he finished his final exam and paper and within a few weeks had his marks. He's officially a law school graduate! I would love to share his grad photos on here but I fear he might seek revenge by posting some dreadful teenage photos of me... so I will just let you picture him smiling (beaming?!) in a cap and gown :) A few days after this celebration he goes off to run the Elk-Beaver Ultra, Canada's 50mile trail championship. To those who know the 10km Elk Lake loop in Victoria, you are probably in agreement with me when I say that running 8 LOOPS of the lake is insane. Adam loves this stuff though and it turns out he's really good at it. He not only won the race, but set the Canadian record, running the 80km in 5hr and 44 minutes! 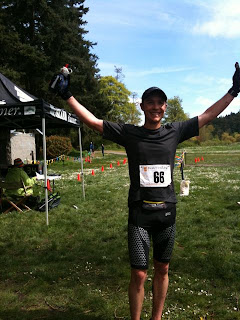 Last week I packed up to join my squad in Davos, Switzerland for our summer training camp and base for the next four months. Before the trip I had an incredibly busy week with some solid training sessions as well as packing up our apartment, packing up for the summer and saying goodbye to everyone. I had a few "warning signs" in terms of over-doing things but I figured rest was coming in the form of travel and and easy training at the start of camp. Yes, now that I look back on it, travel and adjusting to altitude is NOT recovery, but added stress on the body. I didn't feel too great when I got to Davos but figured things would come around. I came down with a cold within a few days of arriving and for me that is a big sign that I've bitten off more than I can chew. The cold is easing but my body is still feeling run-down so my start to the training camp is slower than I would have liked, but I need to give my body the respect and rest it deserves.

Despite feeling pretty rubbish, I have had the chance to take some photos of this lovely place I will be calling home for the summer. 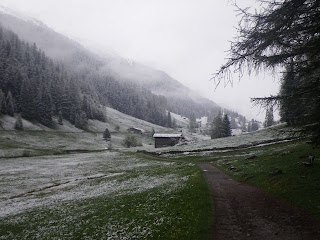 It was full-on winter when I arrived! I thought it was safe to say I had avoided this snowy stuff by spending the entire winter in Australia... 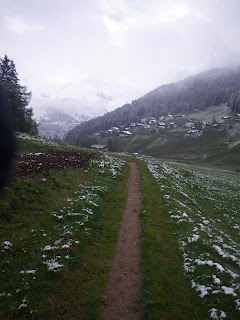 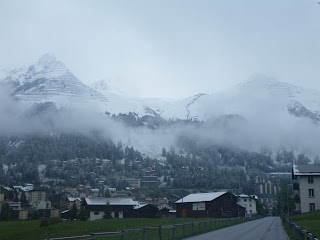 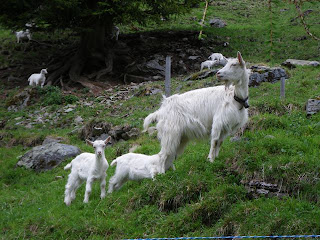 A few of my goat friends on the climb to Durrboden. 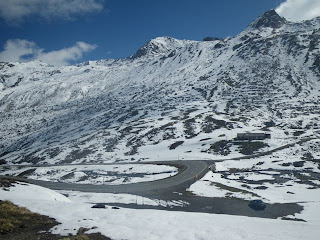 The pool in Davos is closed for the week so we've been commuting to the nearest pool. Distance-wise it's not far, but if we're tracking elevation, it's quite the commute! Up and over Fluelapass every morning. 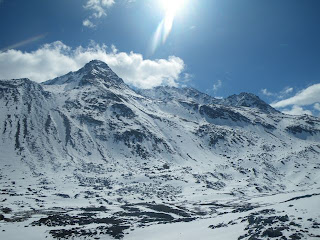 I suppose there could be a worse view going to/from a swimming pool! 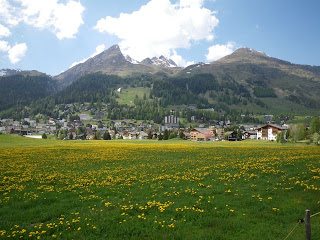 And, you've got to love mountain weather, snowy one day and twenty degrees the next!
Posted by Lauren at 6:46 AM

Always love your posts... the pictures make me want to pack a bag, the bike box, and hit the road!