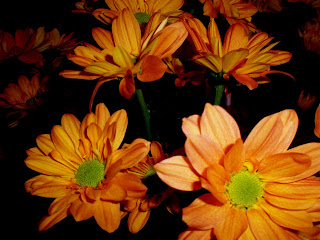 Training has been really light for me lately with tons of flexibility. I can go as hard or easy as I like, with an "as I feel" training theme. I actually ran pretty hard while in Fredericton with the UNB team but I don't think I've done a snitch of effort since then. I have actually enjoyed just running without a second thought about pace or distance, just loving being active on my own time. However, I think I can only be relaxed (and uncompetitive) for so long and this weekend I cracked.


Last night I had Thanksgiving Dinner #1 at my sister, Amanda and her husband, Rob's house. It was a fun evening with a lot of great food. I ended up staying overnight at their place and we were up early this morning for the Grouse Grind. After last year's very painful race, I had made a promise never to put myself through that again. But after hearing Amanda and Rob (lovingly) trash talk each other, I got really fired up. We each had our own pre-Grind breakfast strategies. Amanda and I stuck with what we know works; it was almond butter on toast for me and coffee with sweetner for Amanda. Rob took a holiday twist, grabbing a fistfull of leftover turkey as we were heading out the door.


Warm-up was practically non-existent with a gentle walk to the trail head. At this point I was having flashbacks of last year and was actually nervous! There was no time to really put to much thought into what I was about to do because as soon as we hit the starting post, Rob was gone! Amanda said he starts fast but I wasn't ready for this. Adam's tip to me was to "break their spirits early", but Rob was breaking mine! I didn't exactly have a spring in my step today, but I trudged by him after a few minutes, desperately trying to downplay my breathing. I kept saying to myself, "out of sight, out of mind" but I don't think Rob was too concerned with me. There was another battle going on behind that I didn't witness until the end. Amanda is strong and steady at the start and holds her pace. She caught Rob at the halfway mark and it was a close finish. Here are our unofficial Thanksgiving Grind results:

I think it might have been an even closer spousal race is we were to factor in Rob's breakfast choice. Turkey burps cannot feel good! 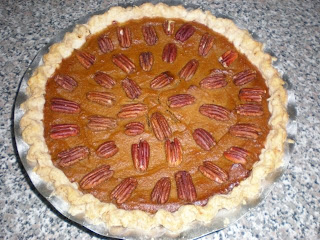 What was the distance of your Thanksgiving Grind run? Those look like 10K times, and if so, I love how you can run 34:56 and say you had no spring in your step!

I wish I could do that!

It actually wasn't quite a 10km run....more like a 3km "hike" up a mountain, climbing 2800 ft! Now that you mention it though, most times do seem similar to what we could do for a 10km running race, but I find the Grind to feel quite different (probably because there are 2,900 steps!) It's definitely not something I would want to put myself through on a regular basis. But, it is a fun challenge for sure.