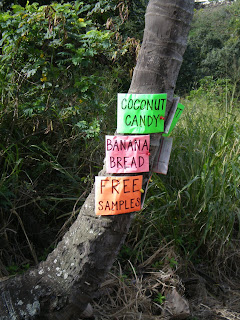 This has been a BIG week for me, and there's still one day to go. I don't know why I'm excited that it's Saturday because after tomorrow it doesn't mean it's rest time, just the start of another solid week. But, for the first time possibly ever, I actually look forward to adding up the mileage for the week. Based on the program, this week will be 91km of running (my biggest week ever), 12.5 hours of riding (likely my biggest week ever), and about the usual for swimming, around 25km.
Our ride today was amazing. We rode a loop around the northwest part of Maui, getting in the 119km in 4 hours (well, it was actually 4:01....). A massive "mahalo" to the trio of Simon, Jordan and Kyle for the draft during the first 70km. Kyle made the hilly ride especially epic as his shifter cable snapped early on and he rode the hills in pretty big gear. I am sure his cadence was hovering around 20rpm on a couple of those climbs.
Once the real hills started (in other words, the sweet draft was gone), it was Team Gunz and Team Sausage riding together. We were a good team, taking turns for the last couple of hours and finishing with some really solid watts into the "gale-force" winds. We finished off the day with an hour run and some hill strides in the cane fields.
We are all racing a 1.2 mile open water swim race tomorrow that allows the use of fins. Well, fins for everyone except us (JOEL!!). 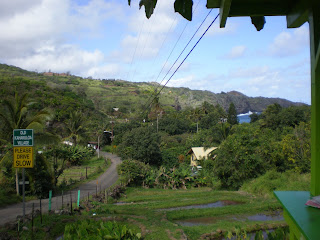 The only scenic photo I took on the ride. You can almost see the ocean on the right. 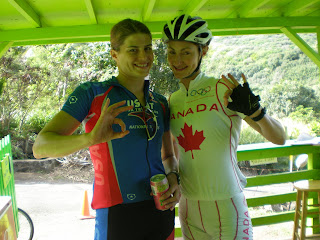 At the banana bread stand at 85km... I seem to have some food stuck to my face, which was there for the entire ride. Sweet.
Posted by Lauren at 8:07 PM